Chas R Lowe Estates opened for business in 1876 and has since become established as the most successful estate agent in the Barnet area forsales, lettings and property management in East Barnet, New Barnet, High Barnet, Whetstone, Totteridge and all the surrounding areas.

We constantly re-evaluate our identity and services ensuring that we keenly compete at the top of our profession. We go from strength to strength to enable us to expand our operational base and customer services alike in order to provide a particular combination of experience, professionalism and motivation and invaluable knowledge of our area.

We are especially proud of the fact that recommendation is our highest accolade and that our clients constantly return to us for their next move and recommend us to their family and friends must show that we are doing something right! 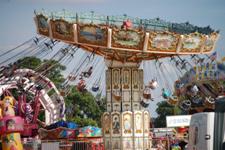 Up until the early part of the 20th century, the village was essentially rural. Barnet Station was opened in 1880, but even then there was no immediate rush to build houses. Jacksons Road and Capel Road were built in the 1880s, the former by William Jackson who was also the licence holder of the Prince of Wales Pub.

The oldest part of Barnet is the Church of St Mary’s, a medieval building, which is thought to have been built in the 1140s.

Oak Hill House is the landmark building at the top of Oak Hill Park, built in approximately 1790. St Mary’s graveyard houses a unique gothic monument to Sir Simon Haughton Clarke, who lived at Oak Hill House until his death in 1832. 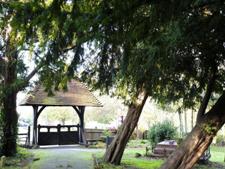 Sponsored each year by CHAS R LOWE, has been running since 1995. It is held in the open spaces of Oak Hill Park and is run by an independent charity whose aim is to improve the immediate area. With stalls, a fun fair, music and local arts & crafts, the fair is now the largest free summer festival in North London.

The first roads laid out in this area were Lionsdown Road and New Barnet Road (now known as Lyonsdown Road and Station Road), and by 1857 the British Land Company were selling properties on these roads.

The popular Victorian roads of Leicester, Richmond and Plantagent were built by 1860, taking their names from the famous Battle of Barnet.

The oldest part of the area, with the old market (Chipping) having been around since at least the 12th century, in various locations and forms.

The High Street, with its variety of shops, has been established since the 18th century, with The Spires shopping centre having been opened in 1989.

Barnet Odeon cinema, a Grade II listed Art Deco building, was constructed in 1935 and originally held only one screen with seating for over 1500 people. It now has five screens.

How can we help?

Here you can log in or sign up to the members area of our website. Once logged in you can amend your personal details, add/amend/delete email alerts and access your saved properties. New property alerts are sent to your requested email address at your selected frequency once we publish a new property or a price change takes place.

You can register here!